Do you know that a lizard can fly ? Yeah, that's true.

It's time to learn something about this kind of flying lizard, so in this article, I will talk about the Draco lizards facts, including his ability to fly. Just keep reading...

Dracos are better known better as flying lizards that belong to the Agamidae family.

Most Dracos are located in different countries in South and Southeast Asia such as Philippines, Borneo, India, Malaysia, and Indonesia. This lizard dwell in tropical rainforest and in general, there are around 31 species of flying lizards existing.

True enough, these lizards are very amazing that you will want to know more about them.

1.  Flying lizards are not large in as much as they are not small animals. They grow around 8.1 inches including their tail. Their size is just enough for the activities that they do. They have a flattened body which helps them when “flying”. Their size also keeps them safe as they can easily hide from trees whenever predators are around

2.  Flying lizards are very rich in color. Their colors vary and can go from red to brown to blue and orange. Their body is patterned. They have the ability to camouflage in order to get away to predators. This is possible since their color and skin pattern adapts to the environment where they are staying at the moment.

3. Males' lower wings have a different color from a females' lower wing. It is yellow in females and blue in males. This makes it easy for everyone to distinguish whether a flying lizard or Draco is a male or a female.

4. Flying lizards have a dewlap. The dewlap is a flap of skin below the neck of flying lizards. This dewlap serves as a balancer everytime the fly. The color of the dewlap of a female is different from a male. Males have a bright yellow dewlap while females have a grayish blue dewlap.

5. The ribs of flying lizards or dracos are elongated and have the ability to extend and retract. Their ribs are covered with folded skin. Their extended ribs and unfolded skin serves as their wings. These wings are very rich in color. More often than not, their colors are very bright and patterned - stripes or spotted. But if these wings are folded, the color is green with a belly which is pale yellow in color. These colors blend well with the foliage.

7. Dracos don't fly like how birds do. What they do is glide from one place to another with the help of their air pockets. This means that they do not actually fly instead, they glide. They are very popular with their so-called display structure. They are also very popular due to their ability to glide long distances with their wing-like, patagial membranes supported by elongated thoracic ribs to generate lift forces. Distinguishing their direction is very easy as they will point their head toward it.

8. Dracos can glide as high as 190 feet but they can only glide from one tree to another which is around 30 feet from where they are. Taking into account, 190 feet above ground is high enough which make dracos one of the animals who can stay above ground aside from birds and other animals. Furthermore, the 30 feet gliding distance is long enough considering that they are aiming to land into another tree.

9. Dracos are omnivores Why? Their diet is consists of insects. These insects are mostly ants and termites. They do not eat leaves of trees despite the fact that they spend their entire lives from one tree to another except for woman dracos who need to go down into the ground to deposit their eggs. Furthermore, they do not actually search for their food. Instead, they will just wait until their food will come to them.

10. Dracos are very much used with living on trees. In fact, males do not go down from the trees their entire lives. They have adapted with this lifestyle and have learned to find food there. Furthermore, they are also safer when they are on trees as they have mastered living in there and they can easily escape from predators by gliding from one tree to another. Their biggest threats are staying below them which make trees their safe haven.

11. Dracos are very much territorial. What is theirs is theirs alone. Male dracos do not just occupy one tree but they occupy several trees which they highly guard in as much as they can against other male dracos. Sharing the trees which have become their territories to another male is something that they will never allow to happen. Despite being territorial against other males, they are also very much willing to share their territory with females. There is a big chance that a male flying lizard sees a female flying lizard as a potential mate once he allows her to stay on his territory.

12.  Female dracos go down from the trees to lay their eggs on the ground after a successful mating. They will spend around 24 hours with their one to five eggs in order to protect them. After 24 hours, female dracos will abandon their eggs after covering them with dirt. The eggs will hatch on their own and definitely, the baby dracos will have to learn to live on their own once they have hatched. This means that dracos are very much independent as they do not need the support of their parents even when they are still eggs. The eggs of flying lizards will hatch after 32 days.

14. Right at this very moment, the exact lifespan of flying lizards is unknown despite the numerous studies that have been conducted.

16. The mating period of dracos is usually during the month of December and January. During this period, male and some female display certain characteristic which means that they are looking for a mate. The characteristics displayed include spreading their wings with their body quickly moving up and down most especially when a male and female Draco is very near from one another. The male Draco will also go around the female Draco three times before copulation with his fully spread dewlap into an erect position. On the other hand, the female Draco will o only show pattern or signs once she wants to stop or prevent copulation.

17. Dracos are diurnal which means that they are awake and active during daytime and are asleep at night time. They are very active in between 8 AM to 11 AM and 1 PM to 5 or 6 PM. From 11 AM to 1 PM these flying lizards take a break from their very active and normal activities in as much as for them to avoid the greatest light intensity during the day.

18. Male dracos partially extend their gular fold and partially open their wings whenever they are in close contact with another Draco and when they want to make their bodies appear bigger. Whenever this male dracos want to attract a female Draco, they usually do a bobbing motion of their body, completely extend of the gular fold and wings, and circle around the female.

Undeniably, Dracos one flying lizards are one of the most interesting lizard species in the entire world. The discovery of things or facts about them will surely continue within the coming years knowing how interesting and amazing they are.

And those are the Draco lizard facts, please leave your comments.. have you ever seen a flying lizard ?  And don't forget to share this information with your friends. 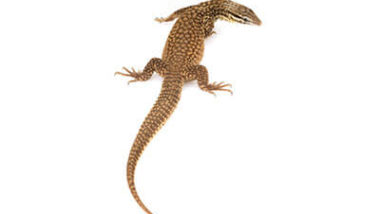 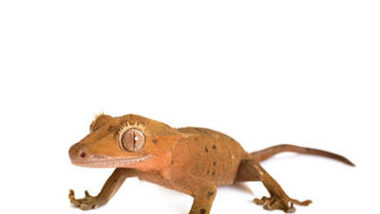