Have you seen a Leopard Gecko ? I bet you will like this type of lizard, especially if you own it. In this article, I will talk about some Leopard Gecko facts. Keep reading.

A commonly kept lizard, the leopard gecko is a friendly and hardy pet which can do different things which other lizards cannot do. These lizards can vocalize in as much as they can wink their ears and lick their eyes.

Leopard geckos can either be full of spots or spotless at all. There are different kinds of leopard geckos and each of them has different characteristics. Newborn or baby leotard geckos are spotless.

They will slowly have the spots in their body as they grow. They can grow as long as eight inches long and can be as heavy as eight ounces. No matter what their color is, they all need the same amount of care.

Leopard geckos can live up to seven years, but when taken cared properly and if everything it needs is provided, it can live up to 20 years. There are things which differentiate a male and a female. Female leopard geckos have one long bulge at the base of their tail while a male leotard gecko has a divided budge in their tail.

Leopard geckos are omnivores. Their diet mainly consists of crickets and mealworms, and other insects. A serving of silkworm is a tasty treat to them but should not be given often due to their high-fat content.

Every food that will be served to them should be dusted with vitamin powders as well to supplement the vitamins and minerals that they need.

If possible, give them vitamin-rich foods alone. There are commercially sold lizard foods which are loaded with vitamins and minerals already. Leopard geckos are nocturnal animals and most nocturnal animals have Vitamin D3 deficiency.

The lack of vitamin D3 can be substituted with an artificial UV light and by giving them Vitamin D3 supplement.

A ten-gallon fish aquarium with a screen top is already an adequate space for a one leopard gecko. In as much as possible, their house should be mostly made of glass and acrylic should be avoided. This is due to the fact that acrylic easily melts with heat lamps.

They also should be divided with individual hiding places where they will sleep during the day. They are not exactly arboreal but they enjoy climbing which makes sense that artificial trees or vines should also be included in their place.

Be careful enough in choosing what substrate will be used in their house. This is especially true when you have plans of using calci-sand. There is a possibility that the leopard gecko will consume more calcium than what it needs.

Furthermore, blockage or intestinal tract which might kill the lizard can occur.

The best substrate to use for a leopard gecko house includes paper towels, walnut shell beddings, and carpet. It is a rule of the thumb that geckos should always stay indoors.

The two latter colors provide the leopard geckos warmth in as much as it allows the lizards to be viewed even at night. Leopard geckos are ectothermic. This means that they are the ones who regulate their body temperature by going from one place to another.

Leopard geckos are awake at night and are asleep during the day. This means that they are nocturnal in nature. They are also desert animals. They are great pets because they are very good with children and are very friendly at the same time.

It rarely happens that they bite and training them is not easy at all. Besides, you can do around for a stroll with them on your shoulder or anywhere you prefer them to place. Male leopard geckos are very competitive with another male leopard gecko but are very friendly with a female.

Two males should never be caged in one house or else, one of them will end up dead. Whenever they feel threatened, what they usually do is separate their tail from their body. The tail will regenerate but it will no longer be as beautiful as it used to be.

Since leopard geckos are tamed and friendly, handling them is not difficult at all. They can be handled gently and they do not actually bite. But when handling them, make sure that you do not bruise or hurt them. When picking them up, do not pick them up by the head or by the tail.

If the gecko is tamed, it can be placed on the top of your shoulder or they can hang on your shirt as well. As a safety procedure, washing of hands before and after handling them is very important. If you are going to bring them outside, make sure that the temperature outside is right for them.

One male can be breed with an unlimited number of females given that you can provide them with space and the things they need. Mating a young leopard gecko is hard. Ideally, mating should happen during their ninth month.

Male leopard geckos are bulkier than a female but they have a broader head and neck. They also have an inverted V-shaped raw of scales in front of their vent. There are some cases that determining whether a leopard gecko is a male or a female.

Another way to find out the gender of a leopard gecko is by introducing it with another leopard gecko. If they will quickly wag their tails back and forth, then both of them are males. Their mating process is brutal.

It will look like the male is hurting the female. Their mating process starts when the male nips the tail of the female. Female leopard geckos will only lay one or two eggs at a time.

Their eggs are incubated between 46 to 60 days before they will hatch. The baby lizards will just eat after they have shredded their skin. They also have to eat their shredded skin because their their are full of nutrients and vitamins they need.

Leopard geckos are one of the greatest pet lizards one could have. Their abilities and their friendliness are only some of the amazing characteristics that they have which makes them beautiful and a great pet. They make a great pet which means that they should be handled properly in as much as they should be provided everything they need for a longer life

I hope you liked this article about the Leopard Gecko facts, please share with your friends. 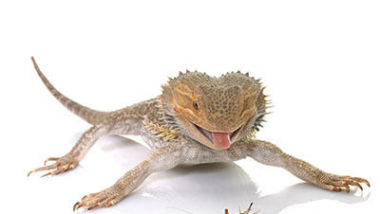 What do small pet lizards eat? 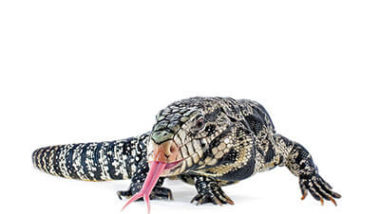