What do small pet lizards eat?

One of the biggest things that should be considered when petting small lizards is their diet.

You might be thinking that their stomach is more sensitive since they are smaller, but the truth is, small lizards are capable of eating what adult lizard eats.

In this article, I will address the question:  what do small pet lizards eat? So, keep reading...

Small lizards need a variety of healthy foods in order for them to grow and develop. But what foods are they allowed to eat? Here is a list of the suitable foods of small lizards.

Many or majority of insects rely on insects. Their digests mostly consist of insects such as crickets, worms, grasshoppers, roaches and so much more.

These insects are dusted with vitamin supplement which is Calcium in most cases before they are served to the lizard. Furthermore, serving insects to small lizards are quite easy and are always available to be served any time. Ideally, small lizards should be served with a few insects at a time in order to find out the insects that they like.

When it comes to buying live insects, these live insects are commonly available at pet shops. Small lizards should not be served with the same type of insect every single time.

The insects that should be served to them should be varied. Serving the small lizards with mealworms and waxworms every once in a while is a good variation to their diet.

Since the lizards are small, they should be served with insects which they can properly chew and digest only. As mentioned above, the insects should also be dusted with a vitamin or mineral supplement.

This is because they need additional vitamin or mineral supplements in order to avoid diseases. One particular disease small lizards can have if they have calcium deficiency is metabolic bone disease or MBD. When lizards have MDB, their bones degenerate.

Feeding the lizards with insects should be done in moderation. There are also artificial insects who just can't keep the lizard going that is why they need another food supply where they can rely on. In as much as possible, these small lizards should be fed with wild-caught insects.

You can have wild insects to feed your small lizards by using a commercially sold trap or sweeping the net into the grasses. The insects should be sorted in accordance with their size and should be placed in their corresponding container.

Small lizards that are fed with wild-caught insects, the insects should be fed with fish food flakes dusted with a vitamin or mineral powder which the small lizard needs.

The insects that are fed to your small lizards might attack them when the night comes that is why it is very important that feeding them should be done before the dark comes. But there are also some small lizard species which only eats at evening, it all depends on their feeding schedule.

The metabolism of most small lizards slows down during the night which means that they are more vulnerable to insect attack.

When the small lizard that you are keeping is an herbivore, then feeding them is so much easier. The vegetables that they eat are easier to find and can be bought along when you visit the grocery store.

Some of the vegetables which are loaded with nutrients for the small lizard include avocado, bok choy, turnip greens, cantaloupe, broccoli, blueberries, cabbage, dandelion greens, celery, okra, cauliflower, and Swiss chard. Feeding them with such products is fine enough to provide the small lizards the vitamins and minerals that they need.

There are times wherein these small lizards lose appetite which means that you should do something to boost their appetite. When cases such this happen, experimenting is always an option.

Most lizards, especially the smaller ones see yellow vegetables attractive and if that doesn't work still, dandelion flowers are the last resort. Dandelion flowers are seasonal that is why you should freeze these flowers while they are still available.

Spinach also works but is not recommended because it contains oxalic acid which when combined with calcium causes kidney stones. Small lizards should be fed more often in order to grow.

The vegetable should be placed in a bowl so that the small lizard will avoid eating the substrate along with its food.

The vegetable should be placed in a bowl so that the small lizard will avoid eating the substrate along with its food.

There are also lizards which eat fruits alongside with the other foods that they eat. Some of these fruits include apples which should be cut in small, bite-size pieces.

The seeds of apples are toxic to small lizards which means that the seeds should be removed before they are served. Small lizards can also be served with Honeydew melon.

The honeydew melon that will be served to the small lizard should be finely chopped and the core and rinds should be removed and thrown away. Another fruit variety that small lizards eat is strawberry.

If ever you are thinking about having a rodent colony, the first that should be considered in cleanliness. In order to keep things clean, the substrate should be changed not lesser than twice a week most especially when heavy breeding is ongoing rodent breeding is very rare during winter which can be a problem too if you are keeping a small lizard which eats all year round.

Another thing that should be considered in the production of rodent is that the producing adult mice should be culled. The older mice should be given for the lizard to eat every two to four months. Lastly, these rodents have their own diet too.

There are commercially sold foods for rodents which are generally expensive but are high in nutrients. When running short of diet for rodent food, dog food is a great alternative. Dog foods also provide the rodents the nutrients they need. Clean water should also be given to the rodent on a regular basis.

As one of the biggest reptile group existing in the world, 3800 recorded species to be more specific, lizards have a varied diet. Some of them feed on meat alone, while others depend on fruits, vegetables, or insects alone. Many of them eat a combination of different meals.

What is important is that they are given the proper food and nutrition that they need in order for them to grow and be healthy. The very first step that should be done before giving the lizard any food is to find out which food is suitable for small lizards in order to avoid giving the inappropriate meal to the small lizard.

Now you know what small pet lizards eat, so share the information with your friends... 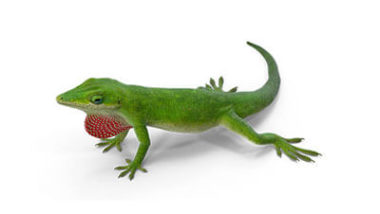 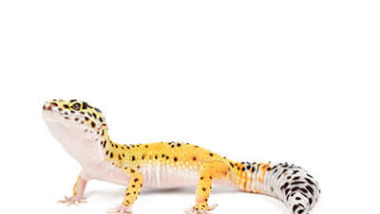